The 7 deadly sins have never been more – deadly!
Or more fun!

Meet Nikki Holden – she may know 140 characters but social media is not her venue. As an investigative print journalist she’s on the trail of one stunning story at Pleasure Island. And she doesn’t mind using her pick-pocket talents or a well-aimed champagne cork or even a pair of 38’s (tits not guns!) Oh, and she has a police record.

He keeps popping into her life at the most inconvenient times.

And he knows too much about her past.

He also knows she’s not capable of good behavior!

One thing for sure –

https://www.pinterest.com/elaineracochase/   – check out Pinterest to SEE all the people, places, food, clothes – of Dangerous Places!

The invigorating salt air further rejuvenated him. So did the sight of a well-curved female body. She was wearing a yellow one-piece swimsuit, with a deep-V neckline that was highlighted by a large zipper. She was lying face up on a blue canvas surf rider. Eyes closed against the sun. Full breasts rising and falling in the steady rhythm of sleep.
He could still surprise her.
Still deliver his witty rejoinder.
Shit, this game of one-upmanship was juvenile.
Hell, it was absolutely asinine.
But he was grinning.
Yet, Roman Cantrell approached Nikki Holden in stealthy, silent caution.

“I thought it was time to meet Nikki Holden, up close and personal.” He kept his mood light, tone bantering. “Let’s see…both you and your car are registered in Chicago.”
“True, but what’s that old line – wherever I hang my hat is home. Hmmm…note to self I need to buy a hat.”

She refused to open her eyes and she knew why. She didn’t want to see his face. She didn’t need to. It was easy enough to visualize his mouth, resolute and tough, surrounded by that sexy stubble. A mouth that could easily be transformed by a roguish, disarmingly attractive grin.
Easy.
Yes.
Much too easy.
His deep, measured voice did things to her. Intense. Intoxicating. Warm things. Much hotter than the sun.

She exhaled a heavy sigh. “You’re making me sound very long-in-the-tooth. Luckily, I don’t have an expiration date.”
Roman laughed. “From what I could find, you don’t do politics?”
“There are too many paycheck politicians and while I love bringing down counterfeit heroes, I start laughing so hard that I just can’t seem to write. My boss lets me pick and choose. Besides my articles are not about me. I’m not who’s important.”

“What can I say? I don’t play well with others.” Nikki smiled at him. “Someone aggravated me and they found themselves assaulted.”
Roman grinned back. “Is that a threat?”

“This book will capture your attention from the very beginning and never let go. You get to know the characters of Nikki and Roman as the story develops and come to admire their tenacity if not always their tactics. It revolves around the sport of jai ali, but if you don’t have a clue what that is, don’t worry. The author gives enough information that you may become interested in finding out more about it. There are twists and turns, some you can see coming and some that seem to come out of nowhere until you think back and realize it makes perfect sense. I have to admit that I am an avid reader but have not particularly enjoyed the mystery genre. I am, however, a fan of Elaine Raco Chase, so I decided to give this book a try. I LOVE IT. I urge any non-mystery person to give it a try. I’m looking forward to the promised book 2!”

“There is amazing heat between the main character Nikki Holden and the mystery man she encounters in this extremely suspenseful mystery novel. The story line has you in love with bad guys left and right. There is an amazing cast of people you want to find guilty of every new event and at every turn of the page but somehow the author draws you in and shows you that good can be bad and bad can be titillating. The deaths stack up and the action is non-stop. The suspense made this book the best read I’ve encountered in this genre in years. I look forward to more Nikki Holden mysteries and in finding out what happens next for her. I was given a copy of this book in exchange for my honest, fair, and impartial review. I enjoyed every page.”

“Elaine Raco Chase found her bliss, and it’s the romantic suspense novel Dangerous Places. At first glance, the reader thinks this mystery is about a too-handsome, too-rich bad boy athlete and his wealthy older wife. Just as you’re expecting said wife to be murdered, the story twists, and you find yourself awash in a gambling scheme ripped from the headlines. But wait…that’s not quite it either.

Dangerous Places is like a roller coaster ride of twists, turns, and surprises that you least expect. Nothing is as it seems from the plot to the well-drawn engaging characters. With more surprises than a a house full of party guests yelling, “Surprise,” Dangerous Places is sure to delight mystery readers, but Ms. Chase, drawing on her skill as a romance author, doesn’t neglect those readers wanting a sexy romance.

Enter Roman Cantrell, an absolute charmer who will enchant every female reading this book. Best of all, Roman likes a woman who is a challenge, and that surely must be the complicated Nikki Holden’s middle name.

Nikki Holden is an investigative reporter on the trail of a major story. Smart, sexy, and a survivor, Nikki is in deep trying to get an interview with a superstar jai alai player by using his mistress, Marcy. But Nikki is after much more than a simple interview. Then Roman Cantrell appears on the scene. Tall, dark and handsome, Roman is a private investigator looking for Marcy, who Nikki is painstaking keeping under wraps until she gets the information she needs for her story.

From the moment Nikki and Roman meet, the game is on with one surprising twist after another. I fell in love with Nikki from the beginning. Quick-witted and intelligent, she is no meek damsel in distress. Roman is her perfect match. Immediately, you can feel the attraction between the two.

The action-filled mystery with witty dialogue makes for a wonderful read. Miss Chase has done an excellent job of building up the suspense as the mystery deepens. I found myself reading late into the night until I finished it. I highly recommend the book for any romantic suspense reader. This is the first book in the Roman Cantrell-Nikki Holden Mystery series. I am anxiously anticipating the next book in the series.

One other thing I would like to mention. At the end of the book, Miss Chase included a small piece on the story behind the story. I have always been a fan of Elaine Raco Chase’s books. So, I found this information extremely interesting. I am happy that she was able to overcome her own obstacles and introduce Nikki and Roman into my world. 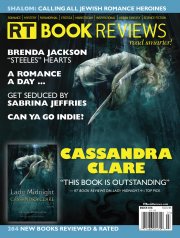 Romantic suspense aficionados are in for a real treat as pioneering romance writer Chase returns with an exceptional classic tale that has been completely updated and expanded. Dangerous Places is the first book in the Nikki Holden and Roman Cantrell mystery series, and Chase plans to expand and update the second book as well. Nikki is a prickly heroine with a ton of backstory and a nose for the news. An awesome read from beginning to end! Reporter Nikki Holden is the best at what she does because of her instinct for uncovering the facts and her willingness to use unconventional methods to get her story. Currently, Nikki has “befriended” Marci Nathan, the young mistress of married jai alai star Ignace. Nikki knows Marci’s true identity and hopes to parlay their connection into an interview with her true target. First, however, Nikki needs to sidetrack the all-too-sexy and handsome man following them. Roman Cantrell is a successful P.I. who is surprised to find himself distracted by Nikki. An unexpected murder throws a curveball at Nikki and Roman, who are closer to danger than they suspect.    Romantic Times Magazine, March 2016

I wasn’t sure I would enjoy this one since it didn’t sound like something I would pick up if i saw it in store but I am happy to say that I LOVED this book.

It is very well written.  I could very well imagine everything and I now can’t wait for the next book.

Dangerous Places: A Roman Cantrell–Nikki Holden Mystery Book 1 by Elaine Raco Chase is a romantic suspense story and it has plenty of both in it. You might think that you have the plot sussed, but I can assure you that you certainly haven’t. This is a story with lots of different facets to it, a plot that is as intricate as it is intriguing. If you are looking for a suspense story with plenty of action, you have found it. This is a non-stop rollercoaster story; just when you think you have come to the end of the ride, off it goes again on another track. The characters are very well developed throughout the story with details about their lives coming to light as the tale unfolds. This has all the elements needed for a truly great read – romance, mystery, suspense, and humor, all delivered at heart-stopping speed in a way that will make you regret reaching the end. You will want more and I guarantee that any reader, whether they are mystery fans or not, will absolutely love this book and will be eagerly awaiting book 2.  (Pssst – Book 2 is out!)